My goal is to thematically recreate the experience of being stuck in the surreal Black Lodge from David Lynch’s Twin Peaks.

The Black Lodge is an iconic surreal location from the cult classic tv series Twin Peaks. In the show, Lynch uses many tricks to warp this space and unnerve the viewer, with jarring cuts, entities fading in and out, and sudden, dramatic shifts in lighting & sound.
Using Lynch’s style as a template, I will attempt to recreate the immersive, dreamlike feeling of the Black Lodge in VR. 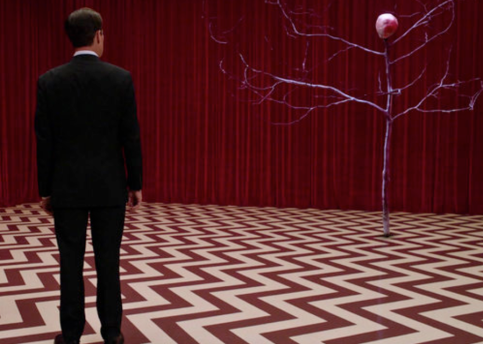 Rather than using characters or plot from the actual show, I will use my own imagery to recreate the effect of being inside the Black Lodge, with its surreal imaginings and warped sense of space. The Lodge is said to show its visitor a manifestation of his or her own mind, so I will use my own mind as a reservoir for content. I intend to unnerve, rattle, and surprise the viewer, and immerse him/her maximally with dramatic lighting and spatial audio.
In order to maximize artistic control over the experience, I will confine the viewer to a chair in the room, and the action will unfold around you. If I do decide to move the character, it will be automatic scripted movement (no teleporting) at predetermined points.
All interaction will be handled through gaze tracking. Looking at certain objects in the environment will cause them to change, and looking away at times might also cause a change. I will also trigger changes behind the viewer while he is looking the other way, so when he looks back there is something unnervingly new in the old object’s place. Hopefully I can use these tricks to effectily convey strange hallucinations and other Lynch-style machinations.
My great challenge with this project will be effectively guiding the user’s eye to maximize dramatic effect. Lynch leans heavily on framing and cutting, and those are elements that don’t really exist in VR. I will instead need to rely on attracting the viewer’s eye, and triggering visual elements once the viewer is actually looking.
PRODUCTION PLAN
Week 1:
-Build the set in Unity (in-progress)
-Test alpha greenscreen video and 3D assets (in progress)
-Build system for transitioning between assets via gaze-tracking
Week 2-3:
-Build content– create several effective moments
-User test
Week 4-5:
-Iterate on content, polish
To this point, I have built a rough room from the Black Lodge in Unity, and I’ve tested adding alpha video.  here is a video of what I have so far:

Here’s an incredibly basic UX sketch, basically just showing that you are sitting in a chair as things occur around you, both in and out of your FOV: 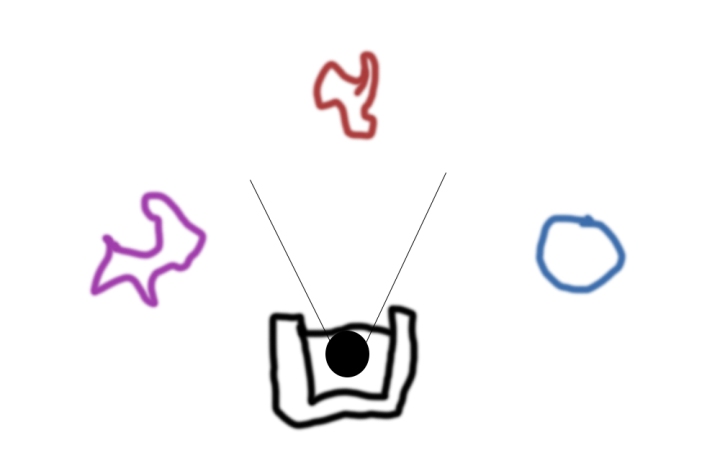